It is unsurprising that your name is obscure to most of the world. Your husband, Andrew Lang, rings bells loudly in proclamation of the great British collectors of folk tales in his Rainbow Fairy collection.

To be fair to Andrew, he did credit you Nora as writer and contributor along the way. In the preface to the last of the collection, The Lilac Fairy Book (1910) he writes:

‘The fairy books have been almost wholly the work of Mrs. Lang, who has translated and adapted them from the French, German, Portuguese, Italian, Spanish, Catalan, and other languages.’

So he did try to honour you, Nora. He also credited 17 other female contributors to the Rainbow Fairy Collection. The world has not unfortunately remembered this. You name should sit along the Grimm Brothers, Charles Perrault and Hans Christian Anderson, but this is sadly not the case.

It’s interesting that nearly all of the collectors of tales had women contributing to the final books but there names are often lost. I want to say, Nora, that life is now better and women’s voices are now represented equally across society, but this is not the case. It still happens where men are credited for the ideas and words of women. We have come along way since you were compiling the Rainbow Fairy collection, but the journey is ongoing with many twists and turns. Your work has gone on to inspire many fantastic works of fiction. Most notably, J. R. R. Tolkien:

“In English none probably rival either the popularity, or the inclusiveness, or the general merits of the twelve books of twelve colours which we owe to Andrew Lang and to his wife.”— J. R. R. Tolkien, ‘On Fairy Stories’

As someone who is filling their life with these kind of tales, I am grateful for the work that you did. 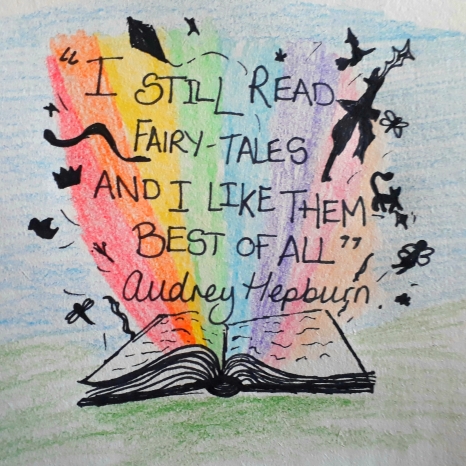